Virulent is an educational game I worked on with a team during my time at the Morgridge Institute for Research. It’s available on iTunes for the iPad. It’s a real-time strategy game where you control a virus and learn about how they infect cells as well as how infected cells defend against them. Virulent was a Serious Games 2011 bronze medal winner.

You play the game by tapping little units like virions and ribosomes, interacting with context menus and dragging out movement commands with the goal of infecting the host. The host and it’s immune system attempt to thwart you with antibodies, slicers, and other aspects of its immune systems. The art and gampeplay were based on actual science and scientific research happening at the institute and on the university campus. My involvement was as a game designer and programmer. I had to take requirements from researchers who were going to study the efficacy of our game, scientific input from the researchers studying virology at the institute, and create a game that was firstly fun but also educate the player on the real science of virology. Simply, I had to translate hard science into systems that were fun to play. 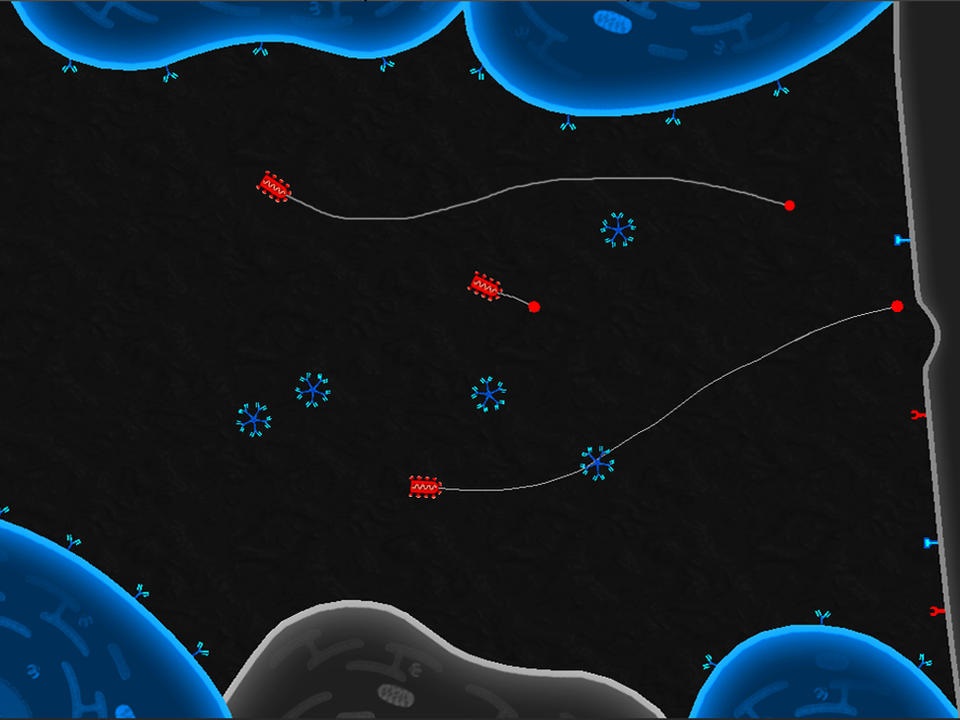 My role on the team was programming unit behaviors, content creation tools, gameplay prototyping and level design. I scripted behaviors for the units and their interactions. For instance, when a shredder comes in contact with a virion it destroys it and when an antibody comes in contact with a virion it sticks to it and slows it down. I also created the system for tracking objects so that we knew when the level had been failed or completed. Prototyping was an important role that everybody on the team participated in. We would sketch, make paper cut-outs, and whiteboard frequently. Translating those concepts into actual playable levels was one of the tasks spent a lot of time doing. Many of my gameplay experiments ended up forming the basis of gameplay. 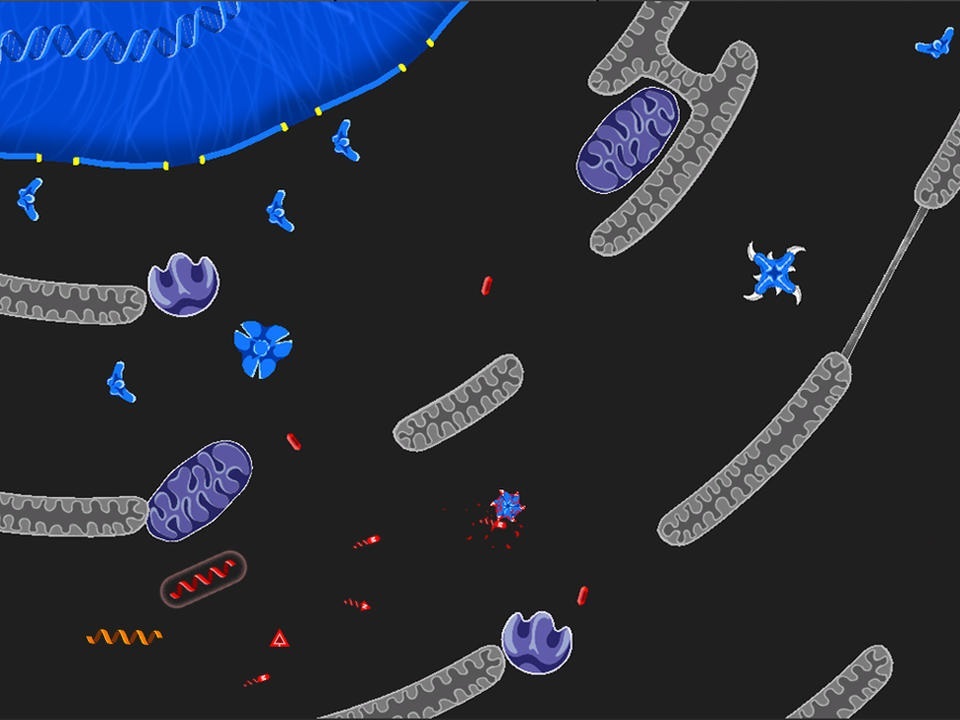